On a quest to unravel the mystery of true happiness Matthieu Ricard left his life as a molecular biologist to become a Buddhist monk in the mountains of Tibet. In a 2004 TED presentation (Matthieu Ricard 2004 TED Talk) he illustrates the difference between fleeting pleasures and sustained well-being. “A beautiful chocolate cake… the first serving is delicious, second one… not so much… then we feel disgust. That’s’ the nature of things. We get tired.” When you feel cold, you approach the fire only to retreat moments later because of the heat of the flames.


He continues to explain how meditation is a vital technique involved in training the mind, ultimately leading to ones overall ability to control their state of consciousness. We spend endless hours conditioning our bodies through physical exercise, but when it comes to our minds, we invest very little. 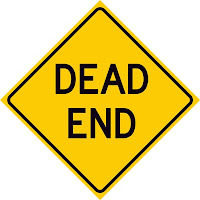 As the quintessential re-inventor, Ricard emphasizes the difficulty in recognizing the difference between a new road and a dead end. A temporary setback should not force you to throw in the towel any more than a lucky roll tempts you to keep on playing. Pleasure and pain are simply opposite sides of the same mirage... blurring the foundation of sound judgment. Pleasure can be intoxicating, especially in a culture centered on immediate gratification. The rush of “newness” seduces even the most grounded individuals, often becoming addictive. The grass may indeed be greener on the other side, but it shrivels and dies when trampled on over and over. Be careful not to exit too early for the promise of something new, whether it’s a relationship, career or card game, only to realize later that maintenance and
discipline will be required in any new venture as well.
True re-inventors then are not impulsive flip-floppers that change sides on a whim because they don’t like the current conditions. They zoom out to see the big picture, understanding that success is not dictated by a single game but is rather a long-term strategy. Some doors do indeed close, but the key to taking any new path, as Lewis Carroll reminds us in Alice’s Adventures in Wonderland, is knowing where you want to go…
One day Alice came to a fork in the road and saw a Cheshire cat in a tree. Which road do I take? she asked. Where do you want to go? was his response. I don't know, Alice answered. Then, said the cat, it doesn't matter. 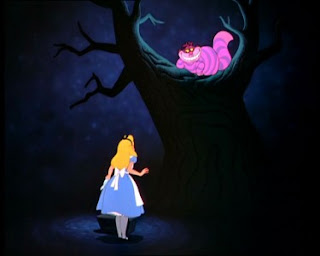 So the main issue for re-inventors, especially during this brutal economic crisis, that has blatantly forced so many people out of their industries, is re-navigating their professional destinations… deciding where to go. Yes… the world has been shaken like a massive snow globe, but maybe there’s a blessing in drag here. Peel back the layers of shock, discomfort and inconvenience, and you might have a sexy pearl... like the “ugly girl” in any high school coming-of-age drama ---- brush hair, remove nerdy glasses, add lip-gloss and BAM... you’ve got an instant hottie.


It’s just about any episode of Jerry Springer. We’re all sad that Anastasia’s moving on from the wonderful, monster truck driver she can’t live without… who is also sleeping with her sister’s, boyfriend’s tranny-lover, but... at the same time… we cherish her opportunity to start fresh. This is basically the professional environment for a lot of people these days.


Sometimes… for a host of reasons… you just can’t go back.


NOTE: Please stay tuned as JAMLAB explores an array of additional professional positions, including but not limited to:


• UNDECLARED - Those perpetually uncommitted in their professional lives.
• KNOWERS - Those that discover their true calling early in life.
• DAY-JOBBERS - Those that work to support their true passion.
• COMPLACENTS - Those ambivalent toward their work.
• RE-KINDLERS - Those seeking to re-discover the passion they once had in their career.
Posted by JAMLAB at 10:35 PM

JAMLAB
Dedicated life-time learner and father of two. I design, I take photos, I write, I play guitar, and I talk... way too much.